Named for the Panamanian province of Veraguas, the Veraguan Mango was long considered to be strictly endemic to Panama but in recent years has been documented as well in far southern Costa Rica, where it appears to be expanding its range northward. Nonetheless, this species remains a much-wanted restricted-range specialty for avid Panama birders! Within Panama, the Veraguan Mango is mostly restricted to the Pacific lowlands of the western half of the country, from Chiriquí to Coclé.

The male Veraguan Mango is green with a diffusely blue throat to belly, a maroon tail, and slightly decurved bill; the female has white underparts with a blue-green stripe down the center. Young birds look similar to adult females but with rufous coloration along the throat and breast. Both sexes are most easily distinguished from the more familiar Black-throated Mango (Anthracothorax nigricollis), which occurs in central and eastern Panama and in South America, and from the even more similar Green-breasted Mango (Anthracothorax prevostii), which occurs from western Panama north into Mexico, by their paler blue-green, rather than black, throat and central underparts. 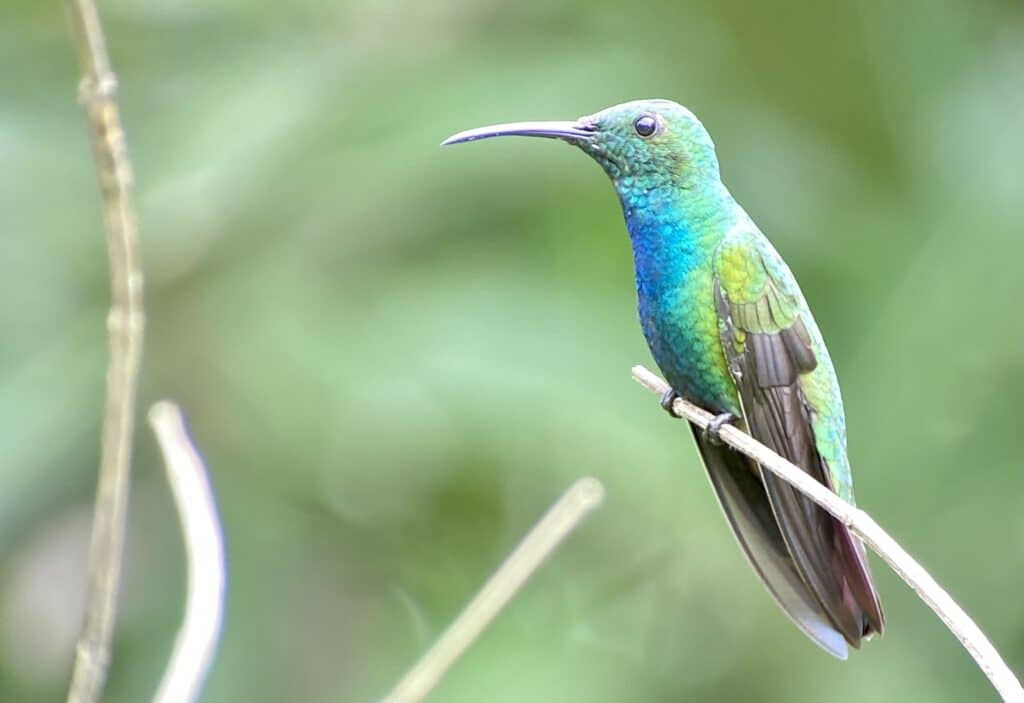 Within its very limited range on the Pacific lowlands, the Veraguan Mango prefers open habitats such as pastureland with scattered trees or the edges of streams. Veraguan Mangos feed on the nectar of trees and shrubs, and individual birds may defend territories at trees in flower.

The best opportunities for viewing this special hummingbird are on Canopy Family day trips from the Canopy Lodge to Juan Hombron on the Pacific coast. Aside from the unique Pacific dry forest and coastal environments, this birding excursion provides access to the Veraguan Mango’s core habitat along pastures and in roadside scrub. Our experienced Canopy Family naturalists even know the individual trees that the mangos prefer as food sources and perches, where the photographs in this article were taken! 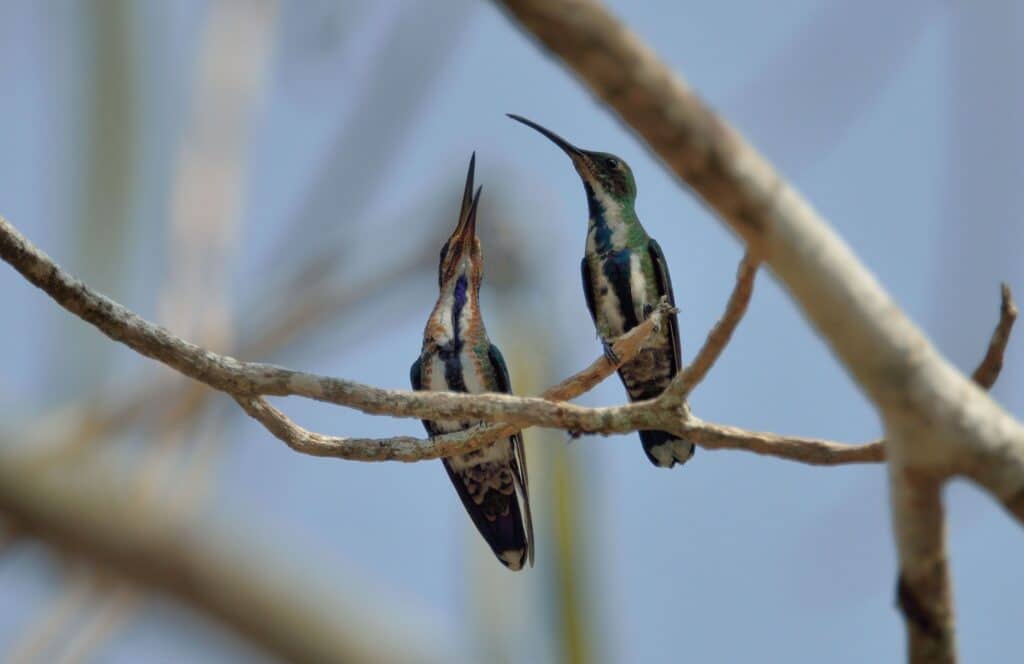 An immature (left) and an adult female (right) Veraguan Mango.