Features
Accommodations
Things To Do

Welcome to The Canopy Lodge

Birdcalls awaken you. Wisps of fog arise from Cerro Gaital’s dense mountain foliage across the stream. Inches from your bedroom window, the cloud forest canopy is riotous with early morning bird life. Fruit, fresh-baked pastry, and hearty coffee (or tea) in hand, you sit on a veranda surrounded by hummingbirds and tanagers taking their breakfast.

Your birding guide leads you along a narrow forest trail beside the stream past a waterfall, then up into the cloud forest. The sounds and rewarding sight of new birds is constant. At the top, a view across the valley – el Valle – opens. Far below, the bustle of an unspoiled Panamanian village beckons. Above the waterfall, the Canopy Adventure offers an unparalleled experience of life in the treetops.

With almost too much to do, you are glad to return for lunch on the veranda, to check your field guide and add to your birdlist. The Canopy Lodge offers some of the best birding Panama has to offer, and you deserve to experience it at least once in your life.

El Valle de Antón In Coclé Province, home to both the Canopy Lodge and the Canopy Adventure, is an enchanting mountain valley town much cooler than the tropical lowlands. Surrounded by scenic misty mountains traversed by creeks, its true charm is revealed by its unhurried pace and its peaceful residents. Located just two hours from Panama City, El Valle is the perfect resting place for someone trying to escape traffic jams, office buildings, pollution and the pressures of everyday city life.

There are many nature-related things to do in El Valle de Antón. At the Canopy Adventure you may go on a nature hike where you may encounter forest mammals, such as Geoffroy’s Tamarins or Hoffmann’s Two-toed Sloths, as well as many gaudy tropical birds; and/or you may want to take the challenge of our zip-line adventure, where you will be thrilled at the grandeur of the cloud forest at eye level; or just relax by or in a natural waterfall! Whatever your need, El Valle will beguile you, making you want to come back for more! 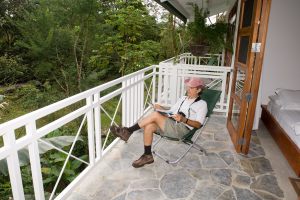 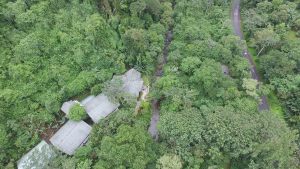 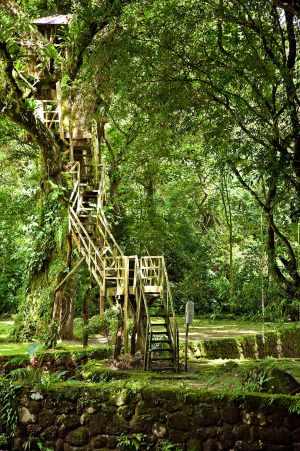 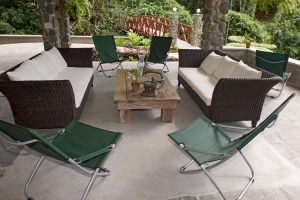 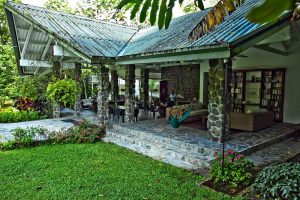 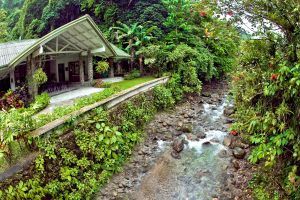 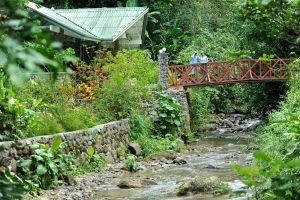 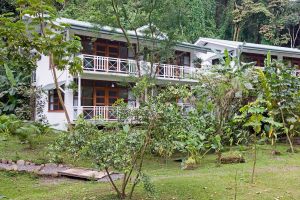 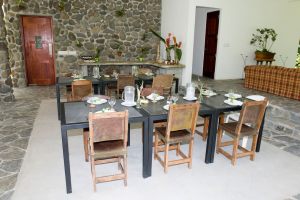 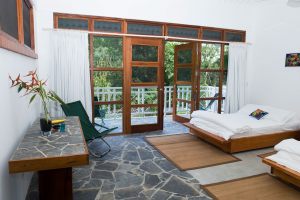 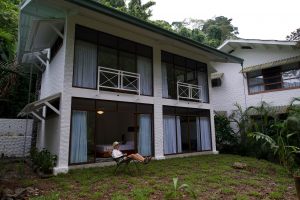 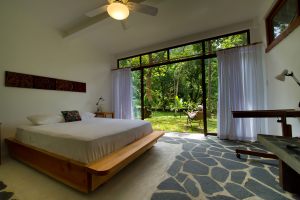 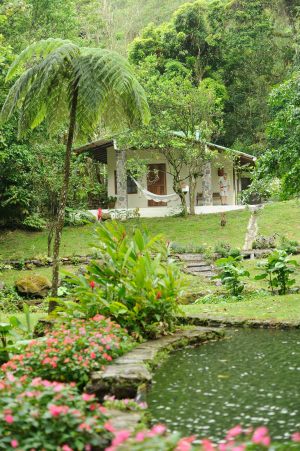 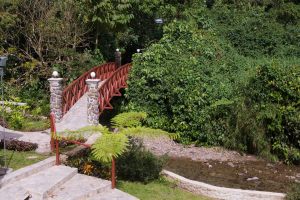 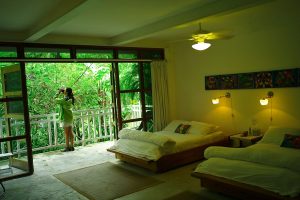 What is unique about the Canopy Lodge?

Location, location, location! The Canopy Lodge is nestled in the caldera of an enormous, ancient volcano. The cloud forest-covered jagged peaks create a serene backdrop, and an inviting climate makes it feel like spring all year-round. A small river crosses through the property, attracting forest stream birds, and gives way to natural swimming pools and ponds just a minute’s walk from the open air veranda looking over the gardens and bird feeders. Spacious rooms with large balconies offer great places to relax and enjoy birds and nature.

What species can be seen commonly around the Canopy Lodge?

The fruit feeders in the garden attract over 40 species of tropical birds, including Collared Aracari, Blue-gray Tanager, Crimson-backed Tanager, Flame-rumped Tanager, Thick-billed Euphonia, Gray-headed Chachalaca, Gray-cowled Wood-Rail, Red-crowned Woodpecker, Spot-crowned Barbet and others. Furthermore, Squirrel Cuckoo, Bay Wren, Red-crowned Ant-Tanager, Orange-billed Sparrow and many more are common. Along the river, Green Kingfisher and Buff-rumped Warbler can be seen, along with the occasional Sunbittern. Central American Agoutis and Red-tailed Squirrels are common, and at night it is possible to see Rothschild’s Porcupine and Central American Woolly Opossum. Common Basilisks are very commonly seen basking on rocks in the river.

What tour packages include a stay at the Canopy Lodge?

"Raul and Denise, thank you for our time here at Canopy Lodge. It is an extraordinary place with such lovely people running it. We hope to be back very soon."

The Canopy Tower is unique in the World and splendid in both its conception and its execution. The Cornell Lab of Ornithology may well break its rules of not "repeating" and return to your wonderful Tower and gracious hospitality." 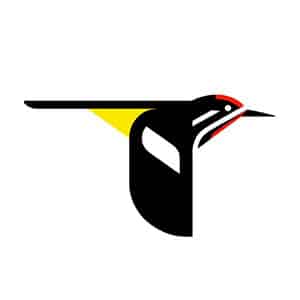 "Raul, we have come to believe we have found the soul of Panama in your family and your lovely place. Thank you for the experience."

"... a luxurious living and dining experience with superb birding and, perhaps most important of all, a wonderful lesson in conservation. A few days at Canopy Tower will install an environmental ethic in all who pass through."

"Raúl, what you have done here in the Canopy Tower makes me doubly proud of the Torrijos-Carter Treaty and its beneficial and just results. We wish you well as you introduce hundreds of visitors to the beauties of Panamá's natural resources."

39th President of the United States

"...exceeded all expectations ...beautifully done ...everything is first class"

"Raúl, you have a truly wonderful place. I loved coming here during my stay in Panamá; for the solitude and peace of it, for the great food and for your company, always lighthearted."

Get Our Newsletter
MENU