A Message from the Canopy Tower’s Past

A Message from the Canopy Tower’s Past

In January of 2003, I received an email from Stuart, an American radar technician who had worked at the Canopy Tower in its previous life as a US military installation. I was excited for this opportunity to learn more about the Tower’s complex and fascinating history! Stuart was even able to send me some photographs of the Tower as it once was. Take a look at our correspondence below.

I was cruising the web this morning, thinking about my past job with CBRN [Caribbean Basin Radar Network] when I came across your web site. After seperating from the USAF as a radar tech I hired on with ITT in the program. I worked there for a year. Imagine getting to go to work there everyday!!!!

I remember arriving to work early in the mornings, the mist rising above the canopy, Howler’s groaning in the early light. I also used to sit on top at night and look out over the area, so cool. Does “Cody” the Coati-mundi still climb the tower? He used to climb up the fire escape ladder hoping to get some treats.

Anyway, just wanted to say hello. Enjoy the view, maybe we can make it that way again someday.

Great to hear from you!

Do you have any pictures of the Tower at the time? I’d love to see them. I asked the USAF many years ago and they gave me the turn around, they all promised them and later it was all hot-air, was it because this a top top secret installation?

I captured them again and this time took them across the Chagres river and released there, that worked, they have not been back, but their cousins are all over the place…

I’d love to hear more of the work you guys did there.

Yes sir, I do have some photos of the Tower and the surrounding area. I can try to email you some photos and feel free to use any photo as you wish i.e. advertising, pamplets etc. etc. ( photo credit for my ego maybe :o) I have some great shots of the jungle and a few wildlife photos that turned out great.

I don’t know why the USAF wouldn’t give you any photo’s? I don’t think that it was much of a security issue. They probably didn’t have any to begin with. What would be neat is if you made contacts with the original crew that built the tower, they probably have photos of the tower as they were building it. CCI was the company name I think.

From the pictures on your web site, the tower sure has gone through some changes. Is the lower part still open with the one ladder going up? That ladder sticks in my mind because I had to climb it all the time:o) Good exercise I guess. So what about the antenna that was inside the radom? Surely they took it right?

As far as what we did, it was a fairly quiet, easy going job. The radar usually operated with little problems, but when it did act up it could become very complex. The original mission of the radar was in a mobile combat scenario. Deployed with a variety of communications equipment it was used to establish an “airport” if you will, for front lines of combat. Its nomenclature TPS-70 signified that it was a transportable unit, with the antenna usually mounted on the back of a 2.5 or 5 ton truck, and the remaining equipment in a small towable van. It had a range of 250-miles and altitude of 100,00 feet. There are several sites throughout Central/South America and the Caribbean. All the radar data is uplinked via satellite to the primary control center SROC which is located on Howard. The only exception was of course the tower (site #1) which used microwave communications to transmit its radar data to SROC. I personally worked at site #1(tower), SROC(Howard AFB), a site on San Andres Island, and a site in Rio Hacha, Colombia.

San Andres was by far the best assignment a single guy could ask for. I worked there for a year, came back to the States to finish up some college hours hanging over my head and wanted to return to San Andres, but was assigned to Panama. After another year I returned to the States and have been here ever since. I hired on at a local TV station and have been here ever since. Speaking of here, I would like to mention the ecological jewel that we have right here in Southeast Texas. It’s called the Big Thicket National Park. Most people think of Texas as a desert, but this area looks alot like the jungles down there, just not as hilly. You can find more information on the web. Anyhow, enough ramblings from me. My boss has a scanner at the office that I can use to email you some photos tonight. Some of my photos I’ll have to get from my parents house, so you’ll see those later. Take care, nice to hear from you. Enjoy the weather down there, it’s 28* F here this morning bbbbrrrrrrrrrrr***** 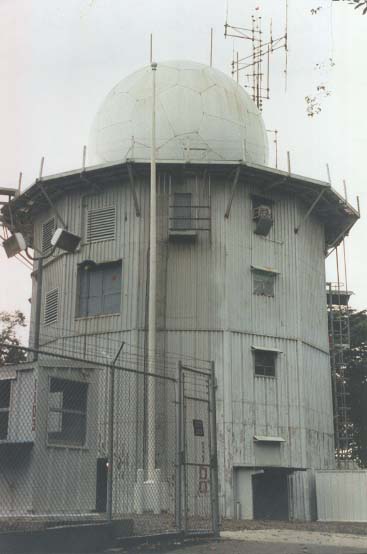