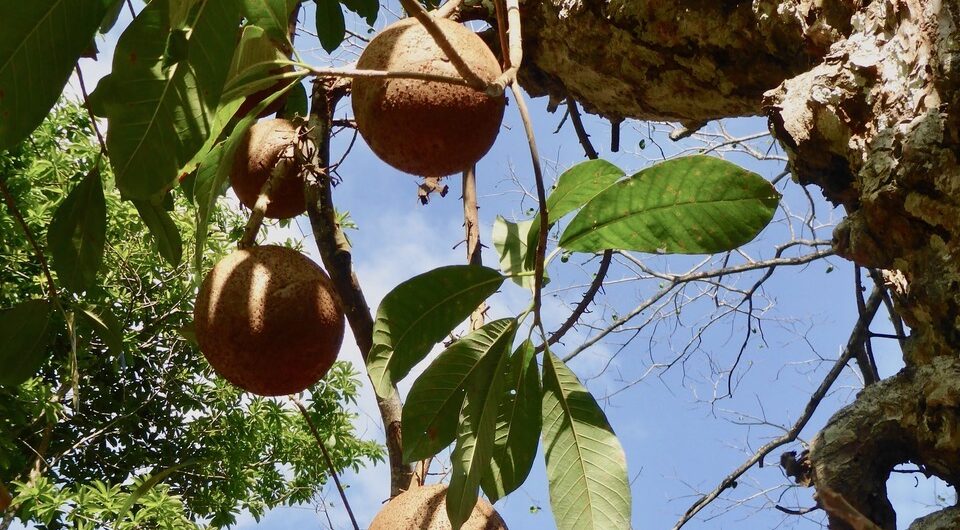 The “cannonball tree,” so called for the appearance of its large, round, woody fruits, is a member of the Brazil nut family (Lecythidaceae) native to Central and South America. This species has a mostly “peri-Amazonian” distribution, occurring in lowland forests on the periphery of the Amazon basin in South America, but it also occurs in small subpopulations northward into Panama and Costa Rica. Cannonball trees also thrive under cultivation in tropical and subtropical environments around the world and are popular in botanical gardens and as ornamental trees.

The flowers of the cannonball tree are colored yellow to pink and are pollinated by bees. The flowers and fruits grow directly from the trunk of the tree as well as from large branches. The “cannonball” fruits themselves, which take about a year to mature and can grow as large as 25cm in diameter, typically break open when they fall from the tree, revealing a blue-green pulp containing tiny seeds. Wildlife such as peccaries eat this pulp and swallow the seeds, thereby facilitating seed dispersal. Locally the pulp is also used as feed for domestic pigs and chickens. In some Amazonian communities the leaves, flowers, bark, or fruits of the cannonball tree are put to a variety of medicinal uses, including to treat hypertension, tumors, colds, stomachaches, toothaches, and skin conditions.

As mentioned, cannonball trees are native to Panama but occur very rarely in the wild here. However, they are often cultivated as ornamental trees, and several mature specimens can be seen at the Summit Gardens near the Canopy Tower. 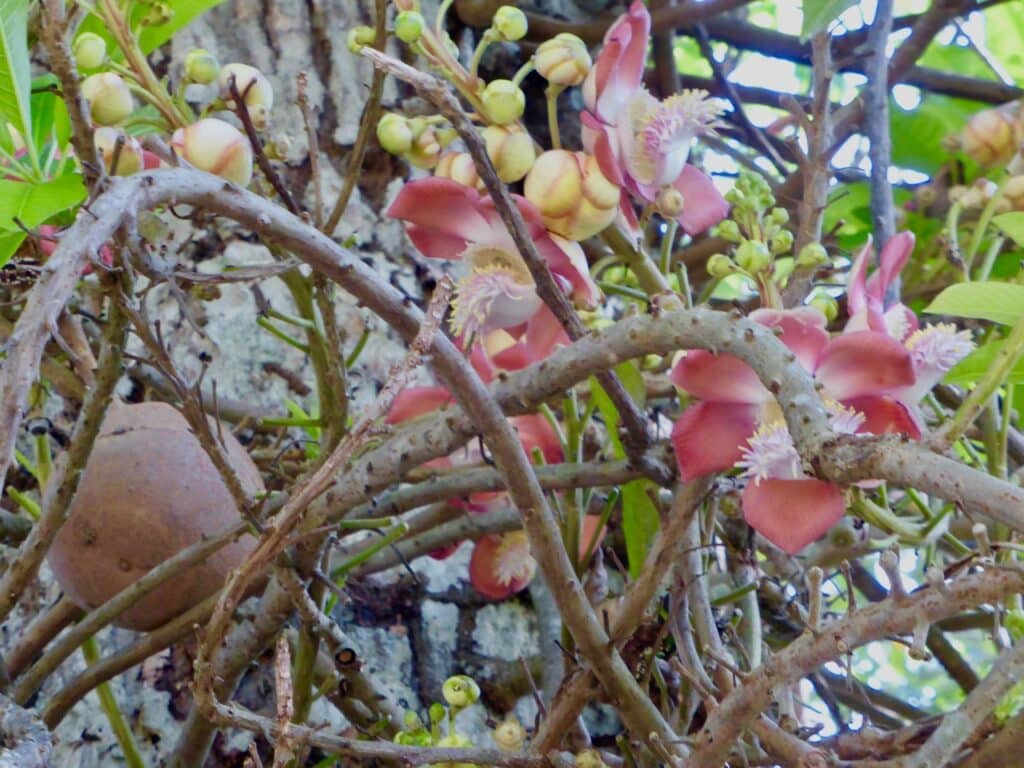