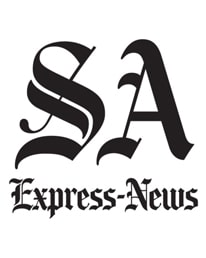 SOBERANIA NATIONAL PARK, Panama – High up in the rainforest, amid the loud roars of howler monkeys and the sweet chirping of tropical birds, a strange yellow bubble rises from treetops.

“U.S. Defense Site. Do not enter,” reads a sign at the entrance. But by all means, enter through the chain-link gate. No one will shoot you.

Thousands of American troops have left Panama, and the sign is a mere reminder of the recently bygone U.S. military era in a country better known for its troubled politics than for its lush jungles and abundant wildlife. The bubble, actually a dome, housed a powerful radar station the U.S. Air Force built in 1965 to defend the Panama Canal, the engineering wonder finished in 1914 to connect the Atlantic and Pacific oceans. As the Cold War dwindled in the late 1980s, the station was used to detect planes ferrying cocaine from South America. It was closed in 1995 as part of the 1977 treaties signed by former President Jimmy Carter and military dictator Omar Torrijos to give the Panama Canal to Panamanians on New Year’s Eve.

In the new Panama, the radar tower, smack in the middle of a pristine, 35-acre rain forest in the Soberan a National Park, is attracting nature lovers and bird watchers from around the world.

Now called the Canopy Tower, it was transformed in 1997 at a cost of a half-million dollars by former banker and senator Raul Arias de Para, who has sworn off business suits in favor of khakis and a trademark bush hat.

From the tower atop Semaphore Hill, visitors can see a panoramic view of the Panama Canal surrounded by a misty virgin rain forest rich in sounds from four types of monkeys, more than 300 bird species and other wildlife, and vivid with tropical fauna.

The five-level tower could represent the environmentally friendly future of Panama since inheriting 230,000 acres of prime real estate, including unspoiled forests, that the U.S. government had occupied in the Canal Zone most of this century. “It’s really a small place, but it’s the universe outside your window,” said Arias, 53, who is leasing the property from the Panamanian government. “This is a perfect example of what Panama can do with American military property.” Panama, population 2.8 million, has big plans for the military installations -bases, ports, landing strips, commissaries, office buildings and homes – abandoned by American soldiers in the Canal Zone, a 10-mile-wide, 50-mile-long land area of land previously off limits to Panamanians. Valued at $4 billion, the property includes the land and infrastructure – roads, airports, ports and electric, water and sewage systems. Ecotourism, which Costa Rica and Belize dominate in the Central American region, is a big part of the ambitious plans to transform lush Panama, home of 940 bird species – more than the United States and Canada combined.

Some also envision converting the country, about the size of South Carolina, into a strategic international maritime, commercial, banking and communications center – the Singapore of the West.

A new outfit was created to do just this. Called the Interoceanic Region Authority, ARI in Spanish for short, the Panamanian government formed the authority to develop the former Canal Zone territory.

“There is a lot of commerce here, a lot of opportunity and money here. It’s the strategic area of the world,” said Alfredo Mej a, the projects director for ARI. “It’s not going to be fast. It will gradual. I don’t think investors will be quickly convinced.” Mej a said ARI has signed 80 tentative contracts worth $1.5 billion, lured by a U.S. dollar-based economy and the lack of real estate or national taxes. The object is to develop the Canal Zone property into a mecca for hotels, cruise ships, industrial parks, technology research and educational centers.

“The real challenge is finding the best possible use for military facilities and finding the right investors abroad,” Mej a added. But those aren’t the only challenges.

Panama was ruled, from 1968 until the 1989 U.S. invasion, by military dictatorships. Now it must combat an image further reeling from a perceived increase in drug trafficking and corruption and often unstable politics.

The nation must also confront the sticky business of unexploded bombs and grenades buried deep in two firing ranges the U.S. military left. In recent years, seven Panamanians exploring these areas have been killed. The United States has said it cannot completely clean up its artillery legacy because it would have to cut forests. But Panama maintains that the technology exists for an adequate cleanup.

And the presence of leftist guerrillas in neighboring Colombia, on the southern border with Panama’s Darien Province, has raised questions about security in a nation left without an army after the 1989 U.S. invasion to oust Gen. Manuel Noriega. “The objective is to turn Panama into a nation of the First World in the next 20 years,” said Roberto Eisenmann, the founder of the leading newspaper, La Prensa, and adviser to President Mireya Moscoso, Panama’s first female head of state.

“It is a demilitarized country. It is geographically located in Central America, historically linked to South America, and culturally tied to the Caribbean. It is unique,” Eisenmann said. “But all great opportunity has a great risk.” The risk, he said, is making the transformation incorrectly.

“Nobody can believe a little Third World country can do it better than the biggest power in the world,” Eisenmann said.

At the Canopy Tower, Arias wants to do it right. It is just 30 minutes north of the capital of Panama City, and his small lodge 900 feet above sea level is but a small part of Panama’s future as an ecotourism destination. In the nearby town of Gamboa, developers are also building the 100-room Gamboa Tropical Rainforest Resort on the banks of the Chagres River and Gatun Lake, where the Smithsonian Institute is to develop a laboratory and research area for visiting scientists. The message is: Costa Rica look out. Panama is becoming a new ecotourism destination for backpackers, bird watchers and nature lovers . “Where else is the world is the forest so accessible? We have the canal and its engineering. We have Spanish ruins,” Arias said. “It’s beautiful. People will pay to come here.”

CAPTION: Melio Flaco, 1, prepares to shove off onto the Chagres River with his mother, Maribel Dojidama (not pictured), in Panama about a half mile from thje Panama Canal near Balboa.