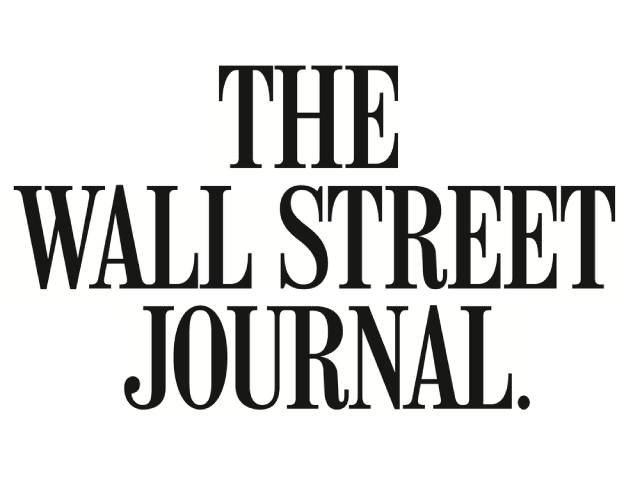 Panama Plans to Turn Bases
Into Hotels for Eco-Tourists

As a police official in the democratic government that took over after U.S. troops deposed Manuel Noriega in 1989, Mr. Arias de Para helped transform the bases and training camps of Gen. Noriega’s defunct armed forces into orphanages and schools.

A decade later, Mr. Arias de Para has turned his attention to a former secret radar tower in the middle of Panama’s rain forest that was once used by the U.S. military in the Canal Zone to track Colombian drug flights. The four-story galvanized-steel structure is topped by a radar dome that pokes out of the rain-forest canopy and resembles a giant yellow golf ball incongruously resting on a jungle green. Mr. Arias de Para has blow-torched windows into the building, hung hammocks and transformed it into an airy, seven-room eco-lodge. Open for just one year, the Canopy Tower has already been selected by Audubon magazine as one of the world’s nine “ultimate outposts” in eco-resorts. Now, from the deck of the tower, nature lovers from New Jersey thrill as king vultures soar above the forest and howler monkeys swing from the trees.

Mr. Arias de Para, 52 years old, who likes to wear a maroon Australian bush hat when he drives the 40 minutes from Panama City to this idyll, is a pioneer, but he is hardly alone. Now that the U.S. has finished turning over the Panama Canal and the dozens of military installations that dot the 500-square miles of the Canal Zone, a number of buildings are being turned into hotels.

Entrepreneurs like Mr. Arias de Para hope to catch up with Costa Rica next door, where tourists bring in about $900 million a year. “Panama has 90 more species of birds than Costa Rica, and a lot fewer bird watchers,” Mr. Arias de Para keeps repeating.

Convinced that such friendly tourism will help preserve the rain forest, the Smithsonian Tropical Research Institute, the Panamanian branch of Washington’s Smithsonian Institution, is advising Mr. Arias de Para and others. “We can teach guides about howler monkeys or show them where to put a nature trail,” says Ira Rubinoff, the institute’s director.

Down the road from the Canopy Tower is the Gamboa Rainforest Resort, which the Smithsonian is also advising on such matters as where to locate a frog pond. When it opens in March, the $30 million, 100-bed luxury hotel and spa, will offer spectacular views of the Chagres River, as well as nature tours, an orchid house, botanical gardens, golf and tennis.

Gamboa developer Herman Bern hopes to attract wealthy bird-watchers and nature lovers from around the world to what was once the headquarters for the Panama Canal’s dredging division. Already open are a riverfront restaurant and a row of early 20th-century colonial wood houses that Mr. Bern has converted into 44 two-bedroom villas.

And on Panama’s Atlantic side, Spain’s Sol Melia SA is set to open a $25 million, 310-room hotel on the former grounds of the controversial School of the Americas, the alma mater of a rogues’ gallery of Latin American military dictators educated here in the arts of war by U.S. military instructors.

The hotel’s manager-to-be, Zenon Jimenez, says that no skeletons have been dug up at the site of what will be known as the Melia Panama Canal, even though “we’ve moved a lot of dirt.”

To be sure, there won’t be any suites named after Gen. Noriega, who studied the fine points of psychological warfare here, nor the late Maj. Roberto D’Aubuisson, of the Salvadoran death squads, who took a course in radio communications. “The past hasn’t been considered a selling point for the hotel,” Mr. Jimenez says as he strolls past a toppled antiaircraft gun that once adorned the entrance to the main building. Mr. Jimenez says he thinks the gun will stay. “We will put it somewhere,” he says.

Also staying is a small concrete amphitheater that has a commanding view of Lake Gatun, the canal and three small jungle islands that are part of the hotel complex. In the old days, Mr. Jimenez says, officer-students would sit on the benches to be briefed on the day’s maneuvers. But Mr. Jimenez thinks the benches could make a swell place for stressed-out executives to look at the howler monkeys and the abundant birds.

The hotel comprises three large buildings that have been gutted and repainted burnt orange. Accentuated by red barrel-tile roofs, the hotel complex has a warm tropical ambience. “It gives it a wholly different sensation, totally different from the old days,” Mr. Jimenez says, walking past camouflage-green poles of a demolished obstacle training-course.

Indeed, where once Latin American army officers worried about the Communist peril with their American mentors, relaxing executives will smoke Cuban cigars in a mahogany-paneled smokers’ emporium or drink cocktails by the pool. And where military men from the Hemisphere trained for jungle warfare, bird-watchers will now trek through nature trails laid out with advice from the Smithsonian.

Though a recent poll found 68% of Panamanians wishing that the U.S. were staying in Panama, many people here believe the transformations being wrought by Sol Melia, Mr. Arias de Para, Mr. Bern and others augur a bright future for this small, friendly, humid country.

“There’s nothing less efficient than a bunch of soldiers sitting in a barracks waiting for a war to happen,” says Roberto Eisenmann, a leading businessman and hotel owner who has enthusiastically embraced eco-tourism.

While Sol Melia’s Mr. Jimenez is ambivalent about his hotel’s history, Mr. Arias de Para at the Canopy Tower is trying to incorporate as much information as possible about the radar tower’s mysterious past for the edification of his guests. But it has been tough.

Despite pleas to several top U.S. officers, including a bird-watching Air Force general, Mr. Arias de Para says he has been unable to obtain photographs of his hotel during its previous incarnation.

What is known is that the tower was built in 1965, at the height of the Cold War, and served a stint as a monitoring post for drug flights coming from Latin America. Mr. Arias de Para found that out by accident when, during construction, a former radar operator dropped by and cleared up the puzzle of the tower’s water well, which for some reason had been bricked over.

“He said the Americans were concerned that Colombian cartels would poison the water supply,” Mr. Arias de Para says. “So they ordered it covered up and trucked in the water.”

U.S. government secrecy has been a headache for Otto Probst, who is set to open another eco-friendly resort of some 14 cabins on the tropical island paradise of San Jose, about 54 miles south of the Panama Canal’s Pacific entrance. Rare albino crocodiles and dwarf deer roam the 12,000-acre island. There is one small problem. During World War II, the U.S. used the island to test mustard-gas bombs, among other things.

Mr. Probst, who has worked for 30 years on the island, which reverted back to Panama after World War II, swears it is safe. Although he occasionally stumbles onto the odd bomb fragment, he has never found “anything live, anything explosive.” Still, he would like the Pentagon to give his island paradise a clean bill of health. So far, the U.S. is dragging its feet. “They say they can’t tell us what they tested there,” says Mr. Probst. “Top secret, they say.”